You are here: Home1 / Board Solutions2 / Cases

SOLIDUS SOLUTIONS provides intelligent solid board solutions for each customer. By combining our craftsmanship & precision, we are able to meet our client’s needs.

Our All Weather Board solution

Solid board for the “Book Week Gift”

Our All Weather Board solution

We create solid board for highly effective retail displays and point-of-sale (POS) material.

In collaboration with the brothers Carsten and Christian Wutke (also known as Wutke & Wutke GbR), SOLIDUS SOLUTIONS has developed an All Weather Board solution for “the Vordermann placard”.

Placards are an important campaigning tool in Germany and around the world. We tried to create an evironmentally friendly and cost-effective solid board solution which provides the answers to meet the specific requirements of election campaigners.

Vordermann placards can be classified on an EU-wide basis to grades 2.10 or 2.11 of the “European List of Standard Grades of Recovered Paper and Board” according to EN 643, and consequently disposed of as waste paper.

Get your offer now

“I have received very favorable feedback from our local associations about the very high quality of the Vordermann placard.”

“The result [following the bouts of bad weather, note] looks fantastic! I’m really impressed – if the Vordermann placards withstand bad weather like this, they can withstand anything.”

“Vordermann placards are the future technology.”

Solid board for the “Book Week Gift”

SOLIDUS SOLUTIONS booked a nice order with the customer “Koninklijke Wöhrmann” in Zutphen (the Netherlands), who produced the 2014 “Boekenweek gift”, with our solid board.

In the Netherlands, the Boekenweek (Book Week) is an annual “week” of ten days dedicated to Dutch literature. It has been held in March annually since 1932. Each Boekenweek has a theme. The beginning of the Boekenweek is marked by the Boekenbal (book ball), a gathering that is attended by writers and publishers. Events are held across the country during the Boekenweek, such as book signing sessions, literary festivals and debates.

Each year a well-known writer, usually Dutch or Flemish, is asked to write a book, usually a novella, called the Boekenweekgeschenk (book week gift), which is to be given away during the festival. In 2014, Tommy Wieringa (known for his novels “Dit zijn de namen” and “Joe Speedboot”) wrote the book “Een mooie jonge vrouw” for the festival.

The hardcover of the book was made with solid board from SOLIDUS SOLUTIONS (1.5 mm grey board). For the first print of 750.000 books, we supplied 1.5 million plates of our board (about 35 tons). 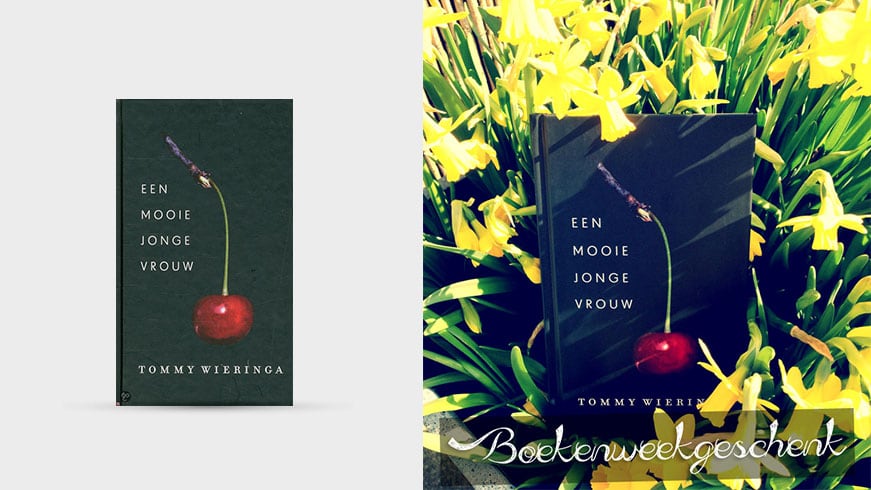